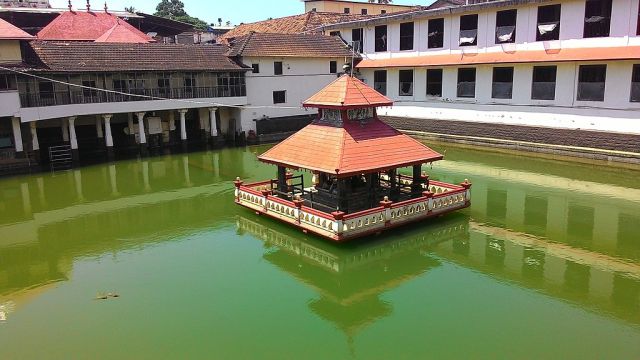 Udupi Sri Krishna Temple is a famous Hindu temple dedicated to god Krishna and Dvaita Matha located in the city of Udupi in Karnataka, India.

The matha area resembles a living ashram, a holy place for daily devotion and living. Surrounding the Sri Krishna Temple are several temples namely the Udupi Anantheshwara Temple which is over a 1,000 years old.

Malpe is a natural port in the Udupi District in Karnataka, India. Located at the mouth of the Malpe River about six kilometers to the west of Udupi, it is an important port and a major fishing harbor on the Karnataka coast.

Malpe Beach is known as a destination for holidays and picnics. The Beach has a Sea Walkway with a view of St. Mary's Island and Bhadargad Island, as well as the rest of the beach. It also contains a statue of a fishing family, including a fisherman, fisherwoman, and child, created by the artist Purshotham Adve. The Beach also has 24/7 wifi connection, available for free for 30 minutes. There are other tourist attractions close to Malpe Beach, such as Ulall Beach, St. Mary’s Island, Daria-Bahadurgad Fort, and Balarama and Ananteshwara Temples. 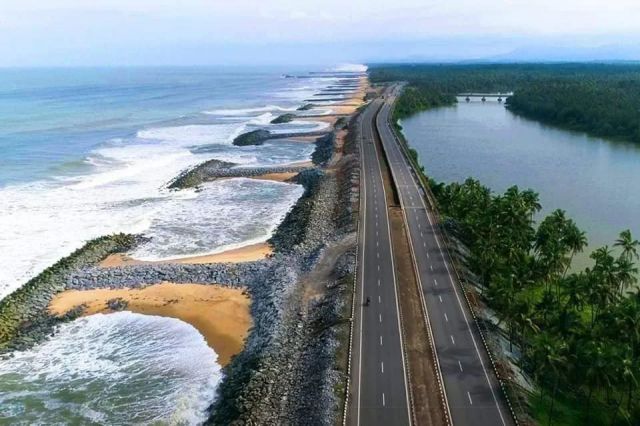 Maravanthe is a village and a beach near Kundapura, Karnataka, India. Outlook travel considers it one of Karnataka's most beautiful beaches.it is about 115km from industrial hub Mangalore, 55 km from Udupi and 39 km from tourist town of Bhatkal. NH-66 (erstwhile NH-17) runs next to the beach and the Suparnika River flows on the other side of the road, creating a spectacular scenery that is considered the only one of its kind in India.

The Suparnika River, which almost touches the Arabian Sea here, makes a U-turn and goes westward to join the sea after a journey of nearly more than 10 km (6.2 mi) 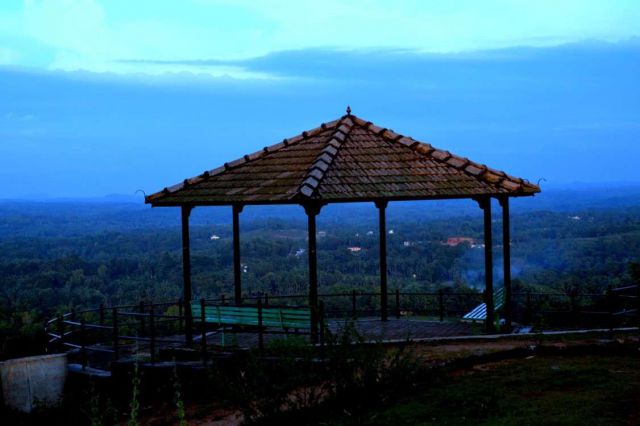 At one end of Manipal in the state of Karnataka, is the End Point, which is basically a cliff overlooking the Swarna River. Visitors from end point can see the captivating stretch of Arabian Sea towards the west and Western Ghats towards the east. End Point is basically a deserted tract of land that has been converted into a hangout spot for its commanding views.

Trekking is a great option over here. Adventure enthusiasts can engage in trekking and spend some quality time at End Point. 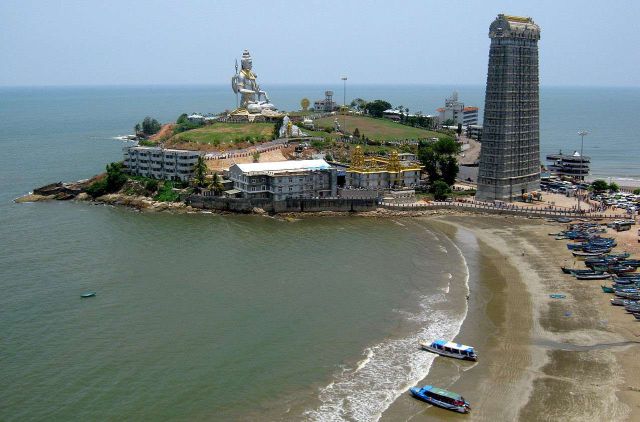 Murdeshwar is a town in Bhatkal Taluk of Uttara Kannada district in the state of Karnataka, India. The town is located 13 km from the taluk headquarters of Bhatkal. Murdeshwar is famous for the world's second tallest Shiva statue, the town lies on the coast of the Arabian Sea and is also famous for the Murdeshwar Temple. Murdeshwar has a railway station on the Mangaluru-Mumbai Konkan railway route.